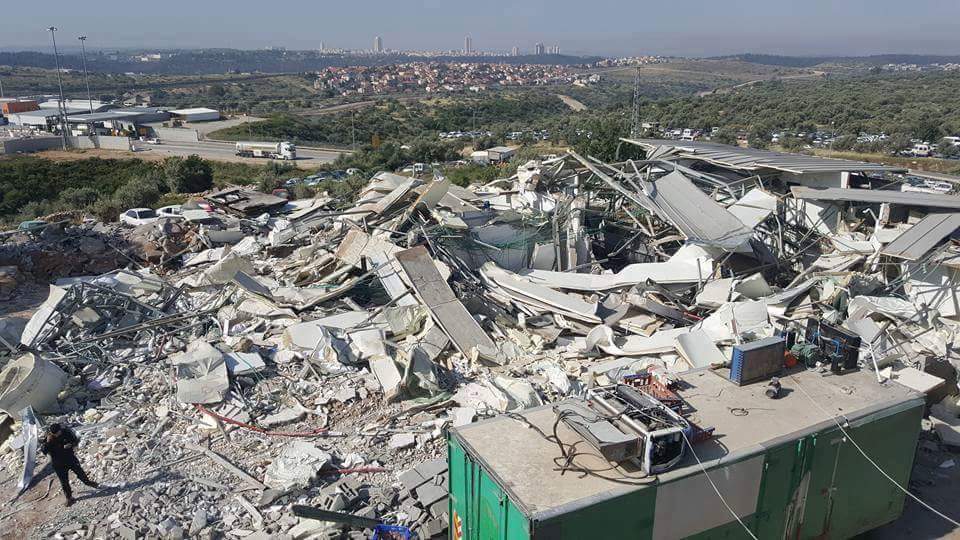 Half past three in the morning of April the 7th Ni'lin was invaded by dozens of military jeeps and two military bulldozers. The soldiers split up in two groups, one heading east in the village and one heading west.

The eastern fraction used the bulldozers to destroy a chicken farm and meat industry which is the main source of income for the families of the 52 employees. The farm belonged to 65-year old Isa Abdull Ghani Srour of Ni'lin.

They also destroyed a car repair shop belonging to the brothers Khalid and Yasir Isteh, 41 and 38 years old.

None of these demolitions had been notified beforehand. The owners of the businesses were simply told the buildings were illegal despite being built on Palestinian land.

In the western side of the village Israeli soldiers invaded four houses and violently arrested three young men; Abdullah Kawaja, 18, Haitham Kawaja, 19 and Abdullah Amir Srour, 15. The soldiers left the houses in a mess.

It's been two months now since Israel began this new strategy of destroying the shops of Ni'lin. The village has previously lost its agriculture to the illegal settlements and the apartheid wall. It's only entrance is a gate guarded by Israeli soldiers, making the village a kind of open air prison. The villagers have been refused Israeli working permits since 2008 causing rampant unemployment as a kind of collective punishment for joining the nonviolent resistance against the occupation of the village. The destruction of the village shops is only the latest step in a campaign to drive the villagers out of Ni'lin.