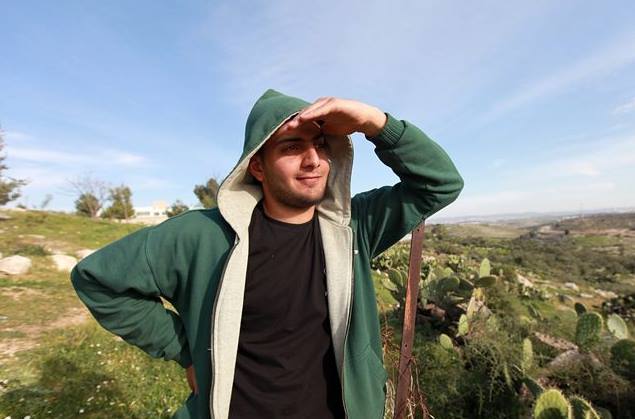 Saeed Amireh is Palestinian, born 1991 in the village of Ni’lin, West of Ramallah. His village is situated in Area C, part of the 62% of the West Bank which is under full Israeli military rule, and is strongly affected by the surrounding colonies and the Wall.

Saeed is a young leader in the Palestinian grassroots movement in the West Bank. The imprisonment of his father pushed him, at 17 years old, to reach out to the world via social networks, teaching himself English, in order to raise the bail for his father and other political prisoners. As a former political prisoner himself and human rights defender, he has risen awareness all around the world about the life of Palestinians under the Israeli occupation by participating to international conferences and debates in different countries such as Sweden, Norway, Germany, France, Finland, Spain, Italy and Australia.