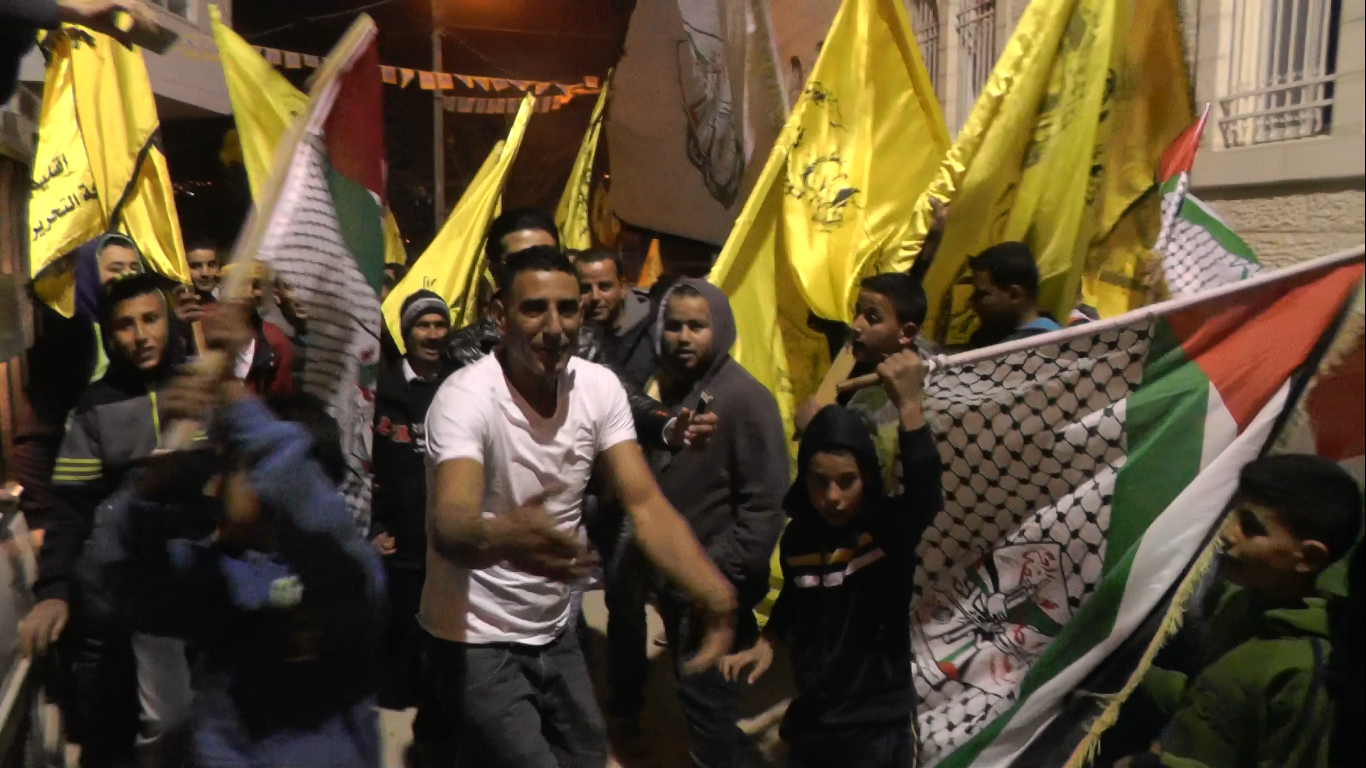 “O how beautiful is freedom” said  my cousin Khamis when I first asked him about his feeling of being released from the Israeli military jails yesterday 01.02.2015. khamis, the cousin whose smile has never left his face in spite his difficulties.

Since the protests started against the apartheid wall here in our village in 2008, he never missed any protest and was always on the front line.

On June, 5th 2009 he tried to protect the Martyr Aqil Srour from being sniped  by an israeli soldier during the protest against the wall, then he got shot in the leg instead.  In the same day, Aqil was killed after the 5th attempt  by the Isreali Occupation Forces (IOF) to eliminate him.

In 2011 Khamis was shot again in the leg  by an Israeli sniper during a non-violent protest against  the apartheid wall. In spite of his injury , he joint in the next protests with his sticks helping him to walk on one leg.  He was always saying I will never stop until my last breath! I will never disappoint our martyrs that died fighting for the freedom of our land and people.

In June 2014, Khamis got a third shot in the same leg. We were down next to the apartheid wall protesting. Suddenly an Israeli sniper fired at me. I acted as if I was shot to fool the sniper, so that he would look away and I could run to safety side. However Khamis was the only one close to me: he didn’t see me but he shout at me asking if I was ok. As he stood up to come to rescue me, the sniper shot him in the leg. No ambulance and no one else, except me, were around us to run toward him and rescue him while soldiers continued shooting. The soliders started running behind us to arrest him. After a long distance running,  friends came and we managed to take him to a safe area and then to the hospital. Three days later Khamis house was invaded. He expected this raid at his house so fortunately he was not at home this night.

He spent  7 months wanted by the IOF, hiding and running on one leg, until  July. In July 2014 khamis was kidnapped from a resturant in the village by under cover Israeli soldiers. He was taken to the military jail of Ofer and put under interrogation. They charged him for 6 months imprisonment and a fine of 3000 shekels.

Nevertheless, Khamis is still very determind and not broken. Khamis determination gave us more hope and power to keep on going stronger than before,inspite of our difficulties and the chalenges we are facing in our everyday life under occupation.

We celebrated his release with a great delightment and happiness to see him back home!