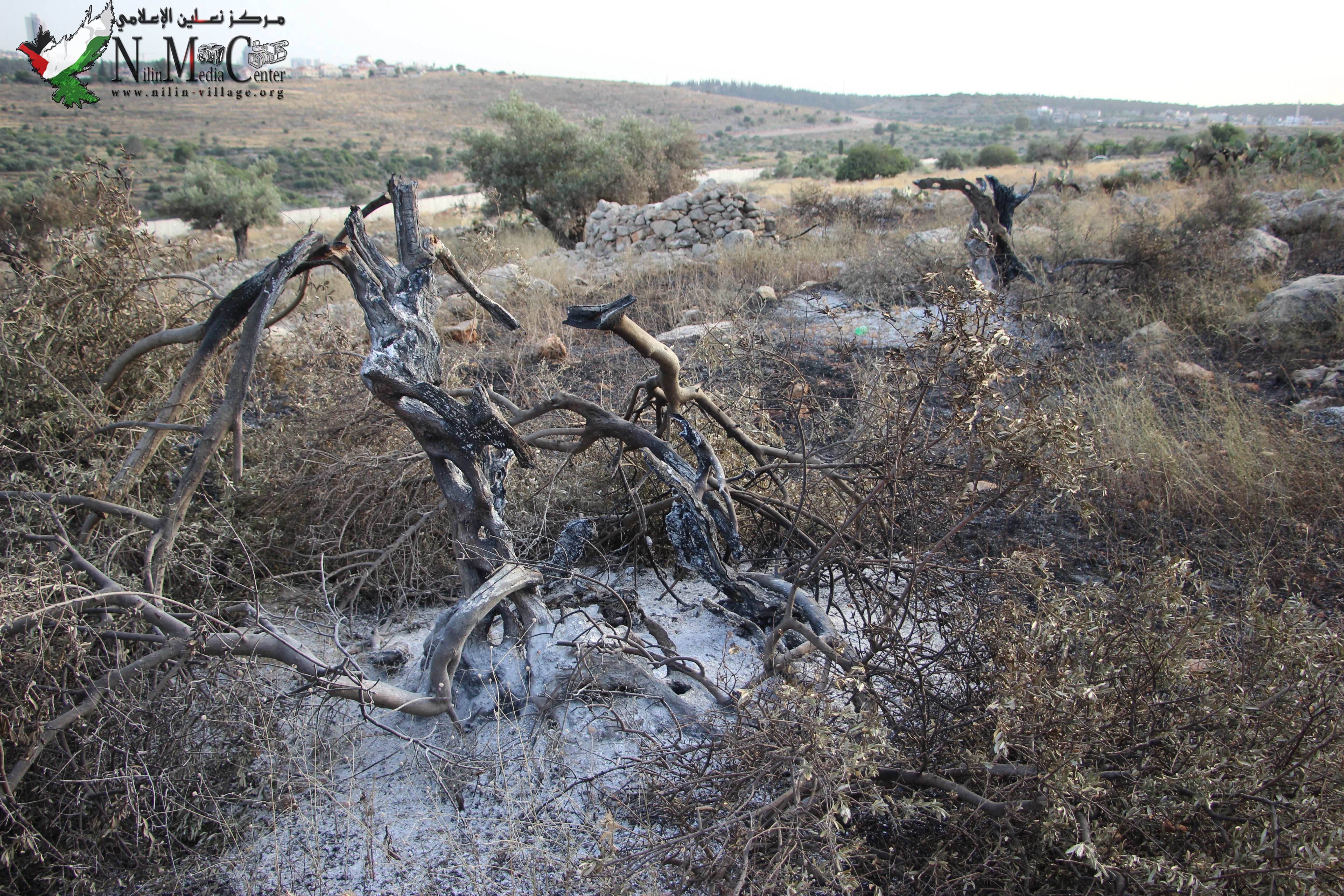 Early Tuesday morning while the people of Ni'lin were sleeping ,Israeli soldiers set fire to olive trees located closest to the apartheid wall. In a matter of hours a whole field with dozens of olive trees of 700 and up to 900 years old, were reduced to ashes.

As this happened while the village was sleeping there was not even an attempt to put the fire out. When the farmers of Ni'lin went to their fields later in the day, all they could find were smoldering piles of ashes.

Israeli soldiers and settlers have been targeting the olive trees of Ni'lin since they know that farmers of the village are totally dependent on olive oil as a source of income. The village of Ni'lin has two major olive oil factories that caters to the entire region of villages in Area C to the west of Ramallah.

Since 2008 more than 2900 olive trees have been burnt in Ni'lin, uprooted or cut by Israeli soldiers and the settlers of the illegal settlement Hashmonaim. Some olive trees have been replanted but an olive tree needs many years to give fruit and even longer to reach it's productive peak. Moreover the farmers of the village are not allowed to reach large parts of their land that are located closest to the apartheid wall, and therefore considered a "closed military zone".

Following up this attack on the economy of Ni'lin, the Israeli occupation forces invaded Ni'lin on Wednesday morning at 9:20am. Ten military jeeps and about fifty soldiers on foot entered the village and closed off the streets. They started invading shops, taking down ID numbers of shop keepers and stealing their cameras. 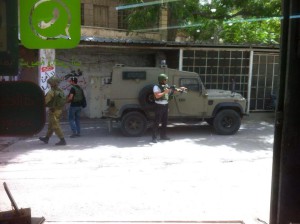 One of the military jeeps with a number of soldiers during the invasion in Ni'lin,threatening the drivers and blocking the street in center of the village in the beginning of the invasion on Wednesday morning 27.05.2015

A 36 year-old man working in a glass shop was shot in the leg with a rubber coated steel bullet at close range, fracturing his leg bone. Dozens of families including children and elderly were affected by tear gas inhalation.

It is not enough to steal the land of our farmers, to refuse work permits, to create staggering unemployment in the village and burning the olive trees. They also want to destroy the economy of the shops in the village so that Ni'lin becomes a ghost town.

Since 1967 about 7000 people have left the village of Ni'lin. Everyday life keeps on getting harder and harder even for those with steady jobs in Ramallah. The Israeli soldiers set up check points at the entrance of the village in the mornings making them late for work.
With looming plans of a tunnel being the only way to go in and out of the village, Ni'lin will be turned into one big jail." 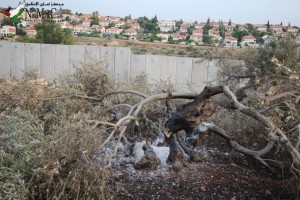 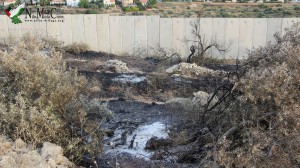 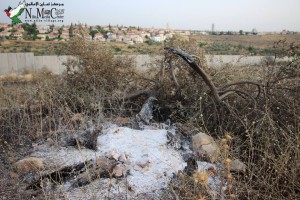 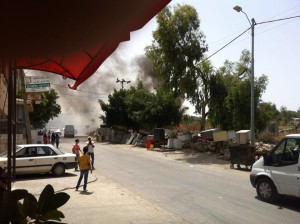 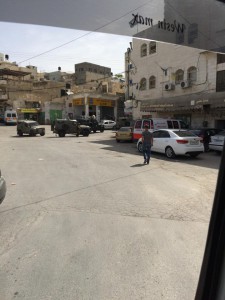 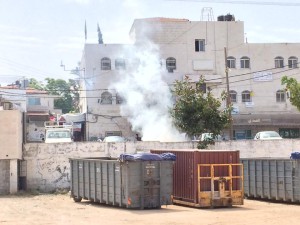