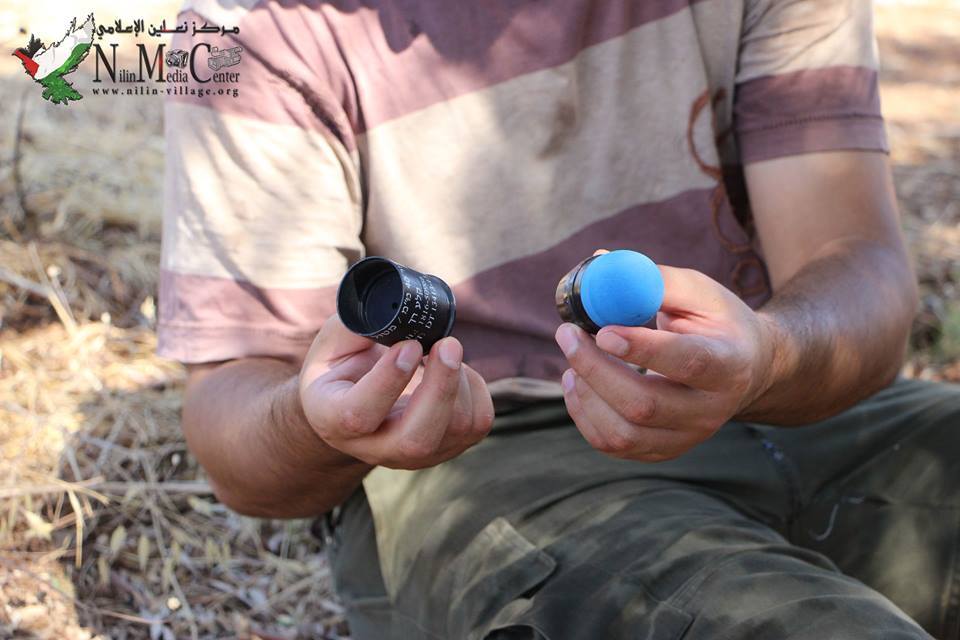 This Friday marked the first anniversary of the murder of Muhammed Abu Khdeir by Israeli settler. Therefore this weeks demonstration was held in memory of Muhammed.

As has been the norm these past months the soldiers were already waiting for the demonstration in the field, blocking the road leading to the apartheid wall. As usual they were well armed and started firing tear gas from their jeeps. After cutting the demonstration off from two sides with clouds of tear gas the soldier started chasing the protesters through the fields and back towards the village. Dozens of protesters suffered from tear gas inhalation but would not give up the protest despite the intense heat. Also, this being the third Friday of Ramadan, many protesters were also fatigued by fasting.

The protest regrouped and gathered carrying pictures of Muhammed Abu Khdeir. The demonstration chanted slogans against the apartheid wall and the brutal crimes of the Israeli occupation as well as expressing solidarity with the Freedom Flotilla that during this past week tried to break the blockade against Gaza.

The Israeli snipers targeted a 45 year old protester while the protester was trying to explain to the soldiers that this was an unarmed demonstration. The protester raised his arm and tried to approach the soldiers, urging them to lay down their weapons only to be shot in the leg with a new kind of grenade not used before in Ni’lin. The grenade is a cylinder topped with a blue rubbery material which makes the projectile bounce off surfaces with great speed and therefore it can be hard to predict its trajectory.

The injured man retreated and tried not to show any pain as he rejoined the demonstration and backed out of sight of the Israeli snipers. However, since the Israeli soldiers were blocking the entrance to the village of Ni’lin there was no ambulance available. The mans wound was covered in the field and he was taken to doctor inside the village.

The Israeli soldier kept firing at the demonstration for the duration of the protest, which lasted for three hours. One man was injured in his arm and five olive trees caught fire from the red-hot tear gas canisters.

The people and protesters of Ni’lin are chocked but not surprised by the use of this new weapon. During these years we have always been guinea pigs for the experiments of the Israeli army and have experienced several new weapons being tested by the army. If they turn out to be successful they will export these new weapons to other parts of the world, helping other authoritarian regimes oppress their own populations.