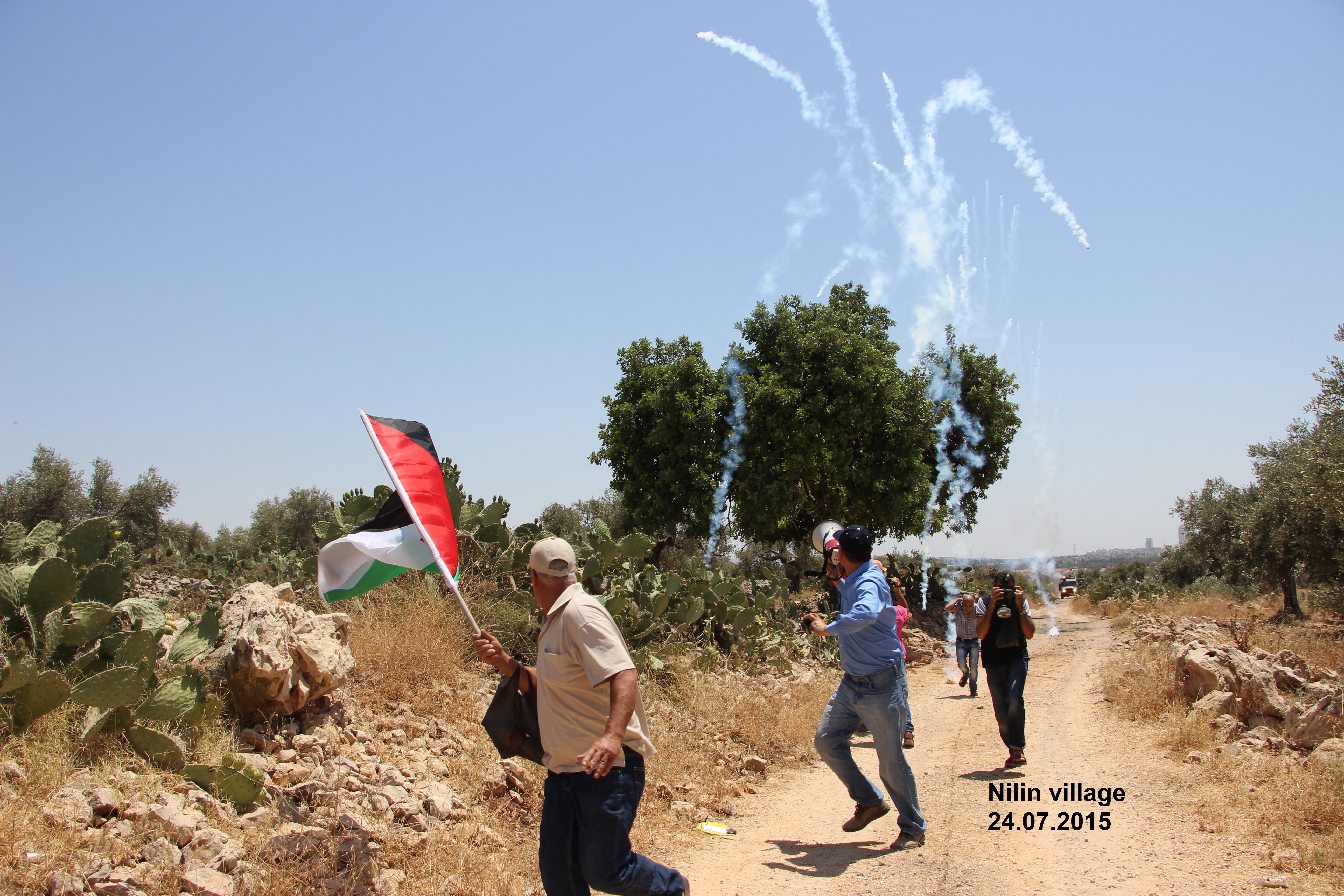 After this Fridays prayer the people of Ni'lin gathered to march towards the apartheid wall alongside Israeli Peace activists. This week the demonstration was met by more soldiers than usual. The soldiers fired tear gas from canons mounted on top of their jeeps straight towards the protesters before they could even reach the wall. This caused huge fires in the dry fields next to the wall and many olive trees as well as cactus trees were harmed.

Israeli snipers tried to shoot the protesters at several occation during the protest, even trying to hit protesters as they were fighting the fires spreading among the olive trees. Their attempts were in vein however as the protesters managed to hide behind trees and in the smoke from the burning fields. This did however prevent protesters from putting out the fires and six olive trees were destroyed as a result.

During the protest several participants suffered from tear gas inahalation and one man was hit in the head by a tear gas grenade. The Israeli army have constantly been escalating their violence towards the unarmed protesters of Ni'lin and in the rest of the occupied West Bank.This Friday two people were shot in the legs by snipers at the peaceful protest in Nabi Saleh.

On Saturday night Israeli soldiers invaded the village of Ni'lin to hand out summonings for interrogation at Ofer military jail to three young men.  During the intrusion the village was showered with tear gas by the soldiers. 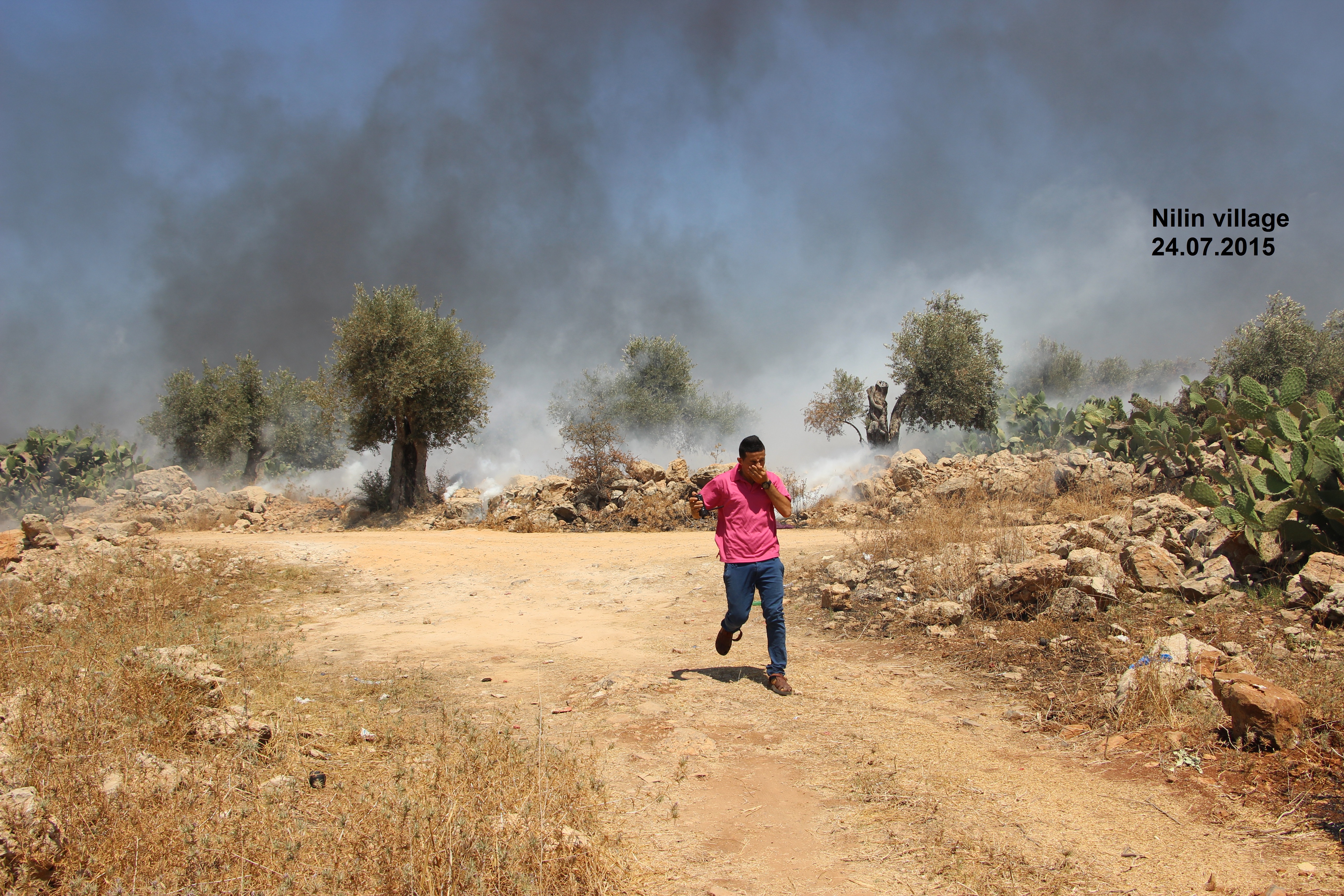 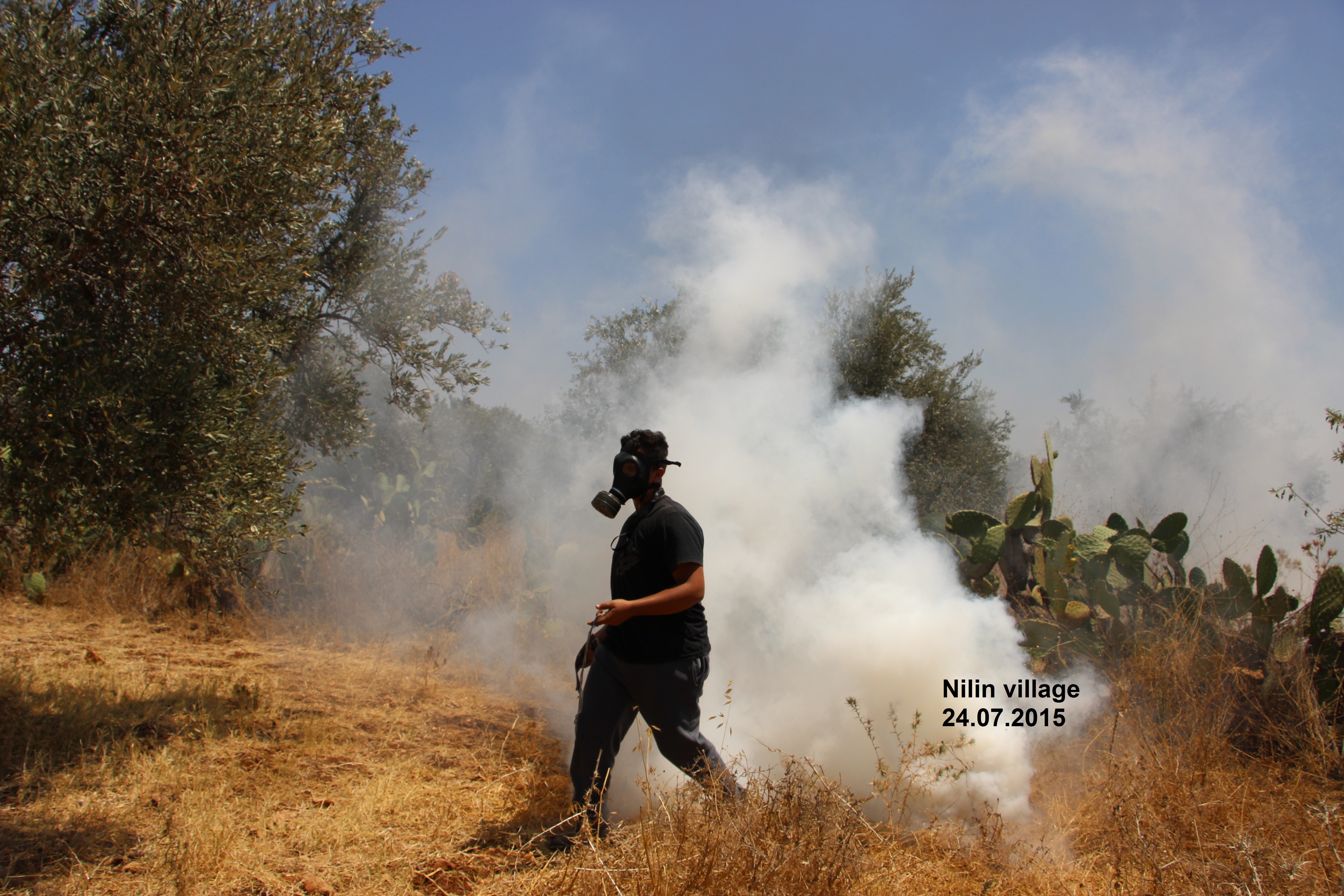 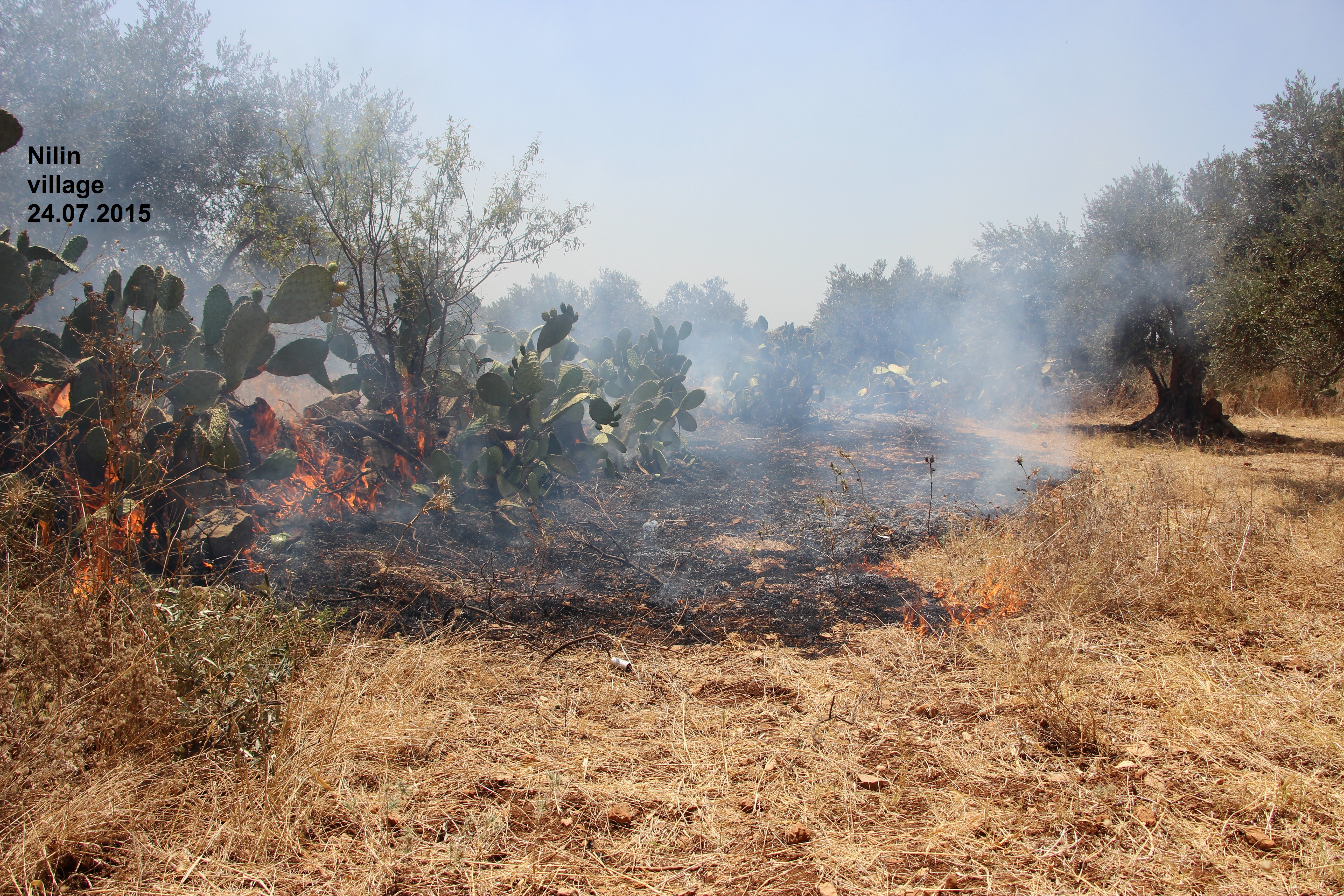 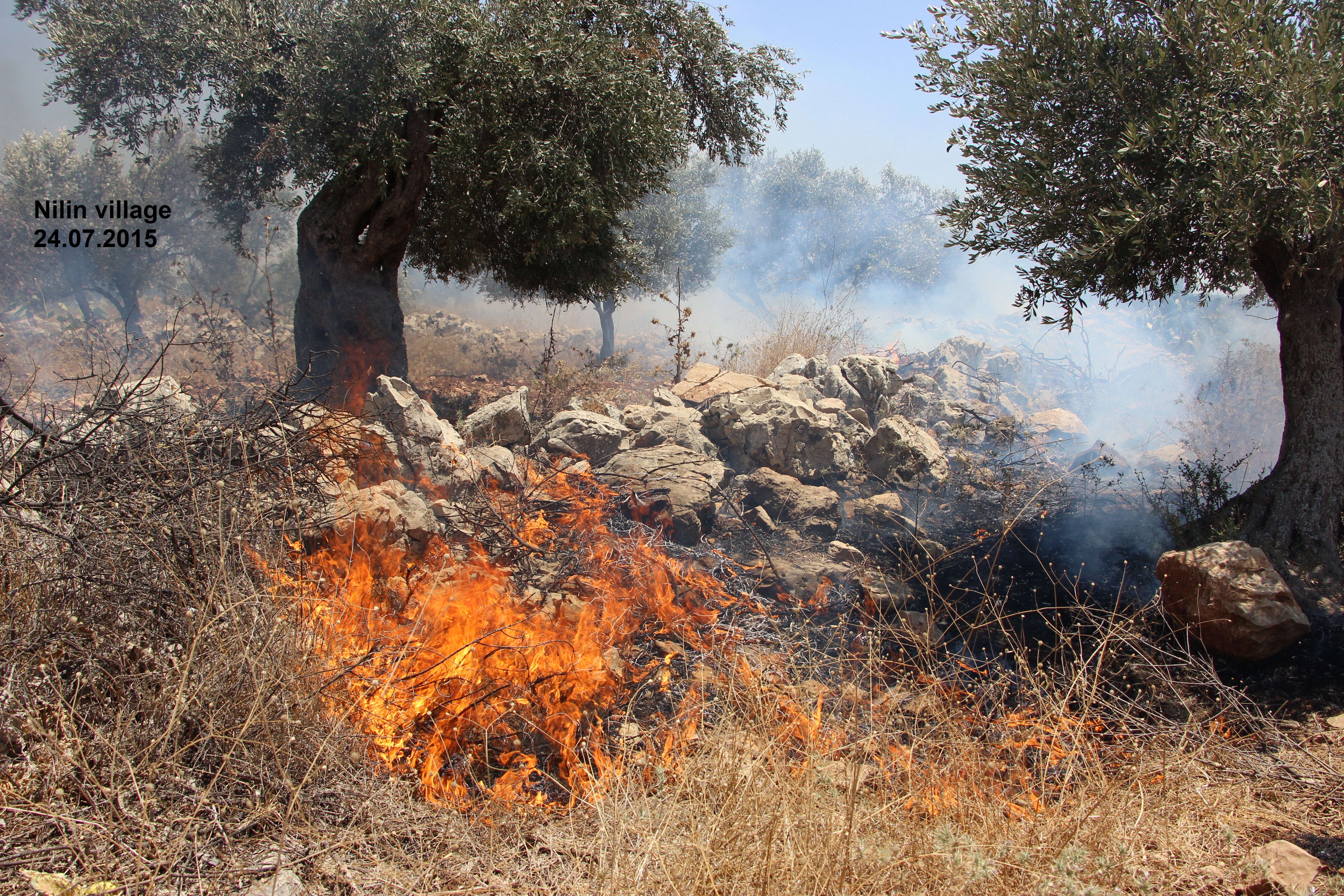