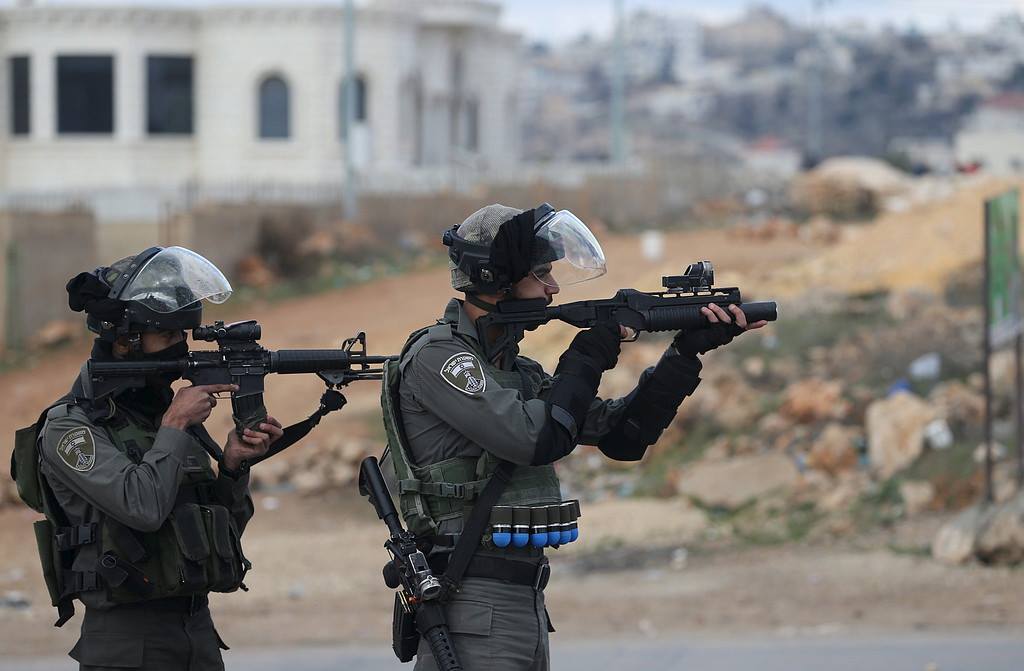 On Christmas Day, Friday the 25th of December, 15 Israeli military jeeps pulled up to the area where the weekly Friday prayer is held in the olive fields of Ni'lin. The soldiers surrounded the farmers of Ni'lin who were joined by Israeli peace activists for the protest against the apartheid wall.

The moment the prayer was over the soldiers and jeeps started showering the protesters with tear gas and rubber coated steel bullets. Snipers armed with live ammunition and sponge bullets spread out across the area. Dozens of protesters suffered from tear gas inhalation and clashes between the soldiers and the unarmed protesters broke out. Large amounts of live ammunition were fired but by pure luck no one was injured. However two protesters were hit by the sponge bullets and four by the rubber coated steel bullets.

The protest finished at four pm but the soldiers returned later in the evening with ten military jeeps. Dozens of tear gas grenades were fired directly at shops and homes. One of the jeeps tried to run over the people in the street and Ayoub Srour, 44 years old - a father of four, was hit by the car and had to be taken to hospital. He will be needing to undergo three major operations.
But Ayoub was not the first victim of Israeli collective punishment towards the village of Ni'lin.

The village has been experiencing almost daily invasions, both during the days and in the night time, since the gate was installed at the village entrance a few weeks ago. Since the beginning of December the village has been invaded 14 times and four people have been taken away by Israeli soldiers. Abdullah Srour, 23, Ahmed Nafi, 21, Mohammed Srour, 17 were all taken in a raid on the 11th of December. Mohammed Ajrab was taken by undercover Israeli soldiers in the middle of Ni'lin on the 10th of December. They arrived to the village dressed as Palestinians and travelling in cars with Palestinian plates. After this kidnapping clashes broke out and lasted for three hours. 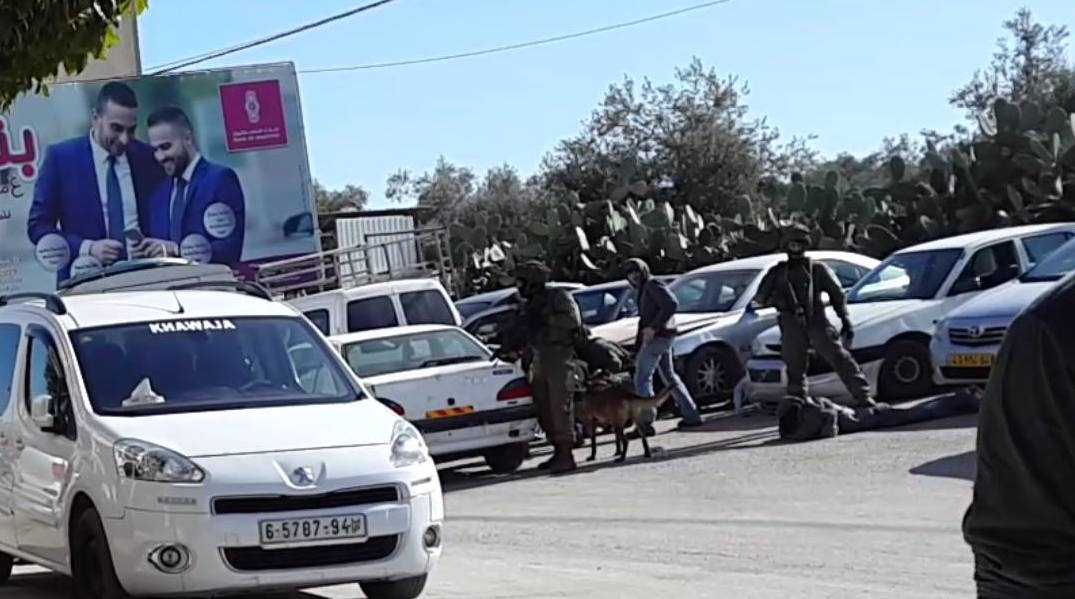 under cover Israeli special forces with Israeli forces arresting a Palestinian in the west bank village of Ni'lin. 10th of December 2015

11 am on the morning of Friday the 18th five Israeli military jeeps and dozens of soldiers invaded the village of Ni'lin from the south. They took control of roads high places in the terrain to prevent protesters from gathering under the olive trees even before the weekly prayer in the olive fields. Israeli snipers and jeeps spread out across the village.

The protesters instead decided to hold the Friday prayer by the mosque in the village. When prayer had finished the group split into three in order to divide the Israeli soldiers. At this point however more soldiers showed up and started chasing after protesters. The chase took them in among the houses on the eastern side of the village. Here the military jeeps started firing large amounts of tear gas, aiming directly at the houses and causing dozens of women, children and elders as well as protesters to suffer the effects of the gas.

Small amounts of the tear gas used by the Israeli military is enough to cause irritation to skin, eyes and respiratory tracts. These effects can remain for hours after exposure. Breathing in the gas causes feelings of suffocation, coughs and vomiting. A large dose will cause panic, severe pain and eventually loss of consciousness from asphyxiation.

The soldiers were systematically targeting certain houses, firing tear gas canisters directly at the windows. They eventually tried to enter the house of Khalil Amireh. His house was heavily hit with tear gas and as a result three children had to be sent by ambulance to the hospital in Ramallah.

The clashes continued until four in the afternoon and were followed by several failed attempts to arrest protesters.

But despite the risk of arrest and the constant collective punishment the people of Ni'lin continue to protest daily against the collective punishment of the village. They are intent on sending a message to their oppressors that they will not give up and that their determination remains strong. 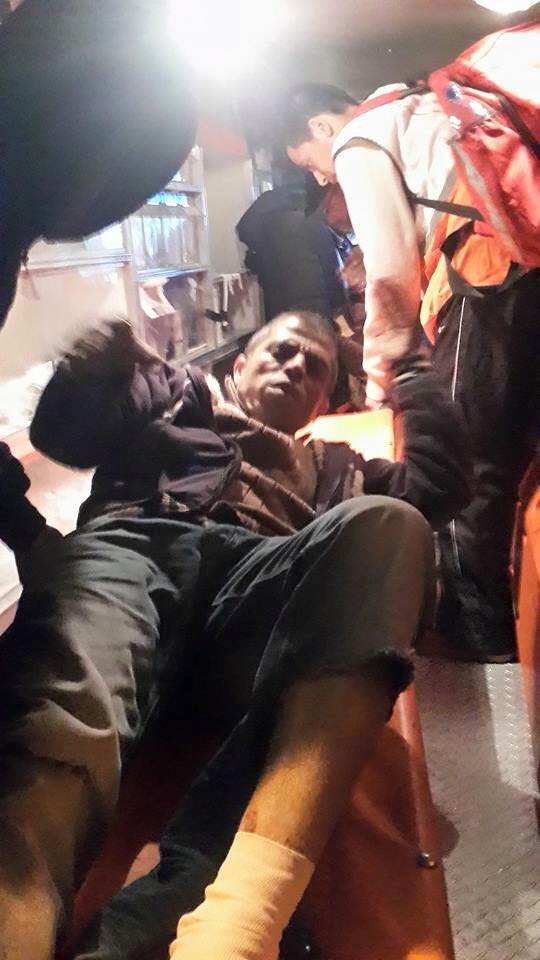 1 thought on “Rough month of December for Ni’lin”