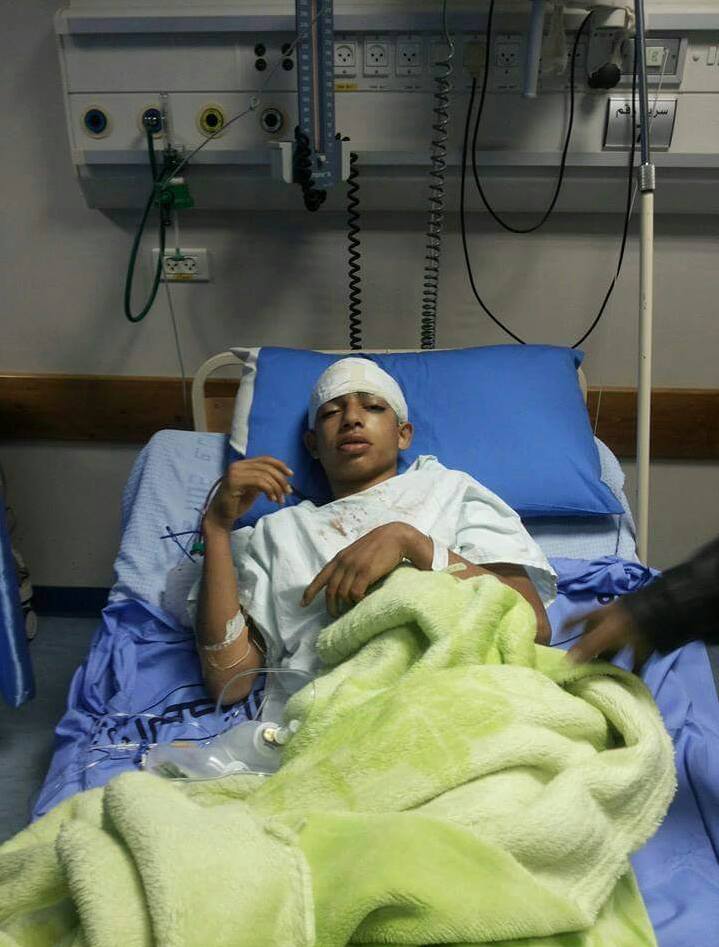 This week's Friday protest in Ni'lin against the apartheid wall was met by heavily armed Israeli soldiers and several military jeeps. The soldiers spread out in the fields hoping to suppress the unarmed protest.

For the second week in a row the Ni'lin demonstration was held in support of Mohammed Al-Qiq, the imprisoned and hunger striking Palestinian journalist. Local protesters held signs and chanted slogans alongside Israeli as well as international activists. The demonstration called for the world to stand with them in their struggle for freedom and dignity.

As soon as the soldiers saw the protesters approaching they started firing tear gas from the cannons mounted on the jeeps. Snipers spread out in the field and peppered the demonstration with sponge bullets and rubber coated steel bullets.

Alongside the usual weapons the soldiers brought a new weapon for this week's demonstration. The weapon is a tear gas grenade made of iron with a range of at least 100 meters. It flies silently and unseen through the air and then explodes mid air, giving it additional thrust. The grenade keeps flying until it runs out of gas.

It is not the first time the village of Ni'lin is used as a testing ground for new Israeli weapons. This new heavy tear gas grenade brings to mind the high-velocity tear gas canisters used in 2009 leading to the severe injuries of American solidarity activist Tristan Anderson.

This Friday, five people were injured. Two by sponge bullets hitting their feet and two by rubber bullets in the back. 17 year old Mamdouh Srour was shot in the head with one of the new ironclad tear gas canisters and fainted immediately. At first the ambulance team could not reach Srour as he was in an area clouded in tear gas where soldiers were chasing protesters. Luckily the soldier did not notice him as he had fainted behind a well. Other protesters kept the soldiers busy until Srour could be retrieved by the ambulance team. By this time Srour had lost a lot of blood and he did not regain consciousness until the morning after in Ramallah hospital. His health is stable and he is currently awaiting surgery.

The clashes lasted until four in the afternoon. The houses in the southern part of the village were showered with tear gas and the canisters broke the windows of several homes leading to women and children being exposed to the gas. The southern part of the village is exposed during the clashes every week and for a few hours is turned into a ghost town clouded with tear gas.

Despite this collective punishment and constant pressure the people of Ni'lin hold their ground and refuse to leave their homes instead showing strong will and determination in the continuous struggle against the brutal occupation. 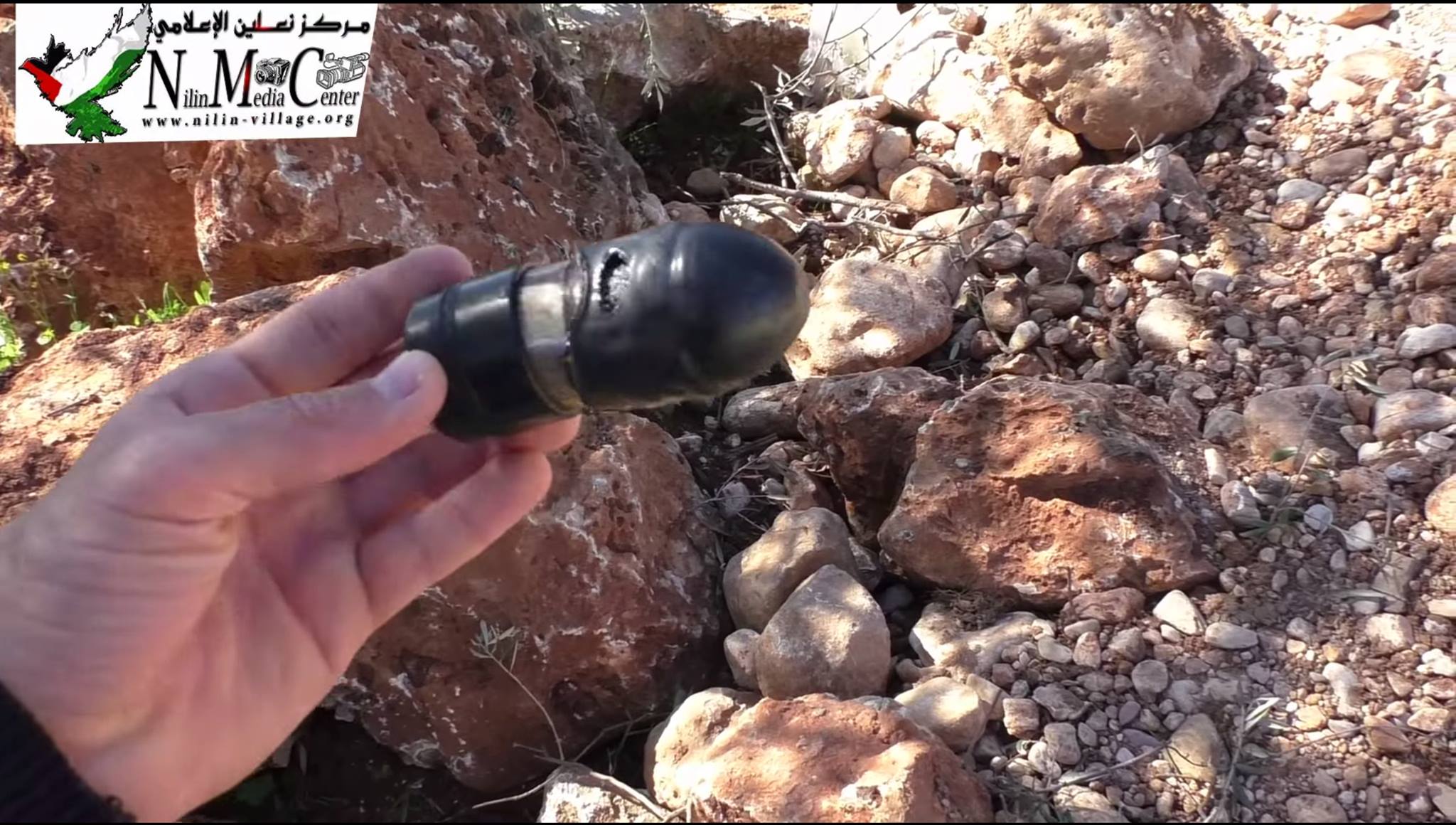 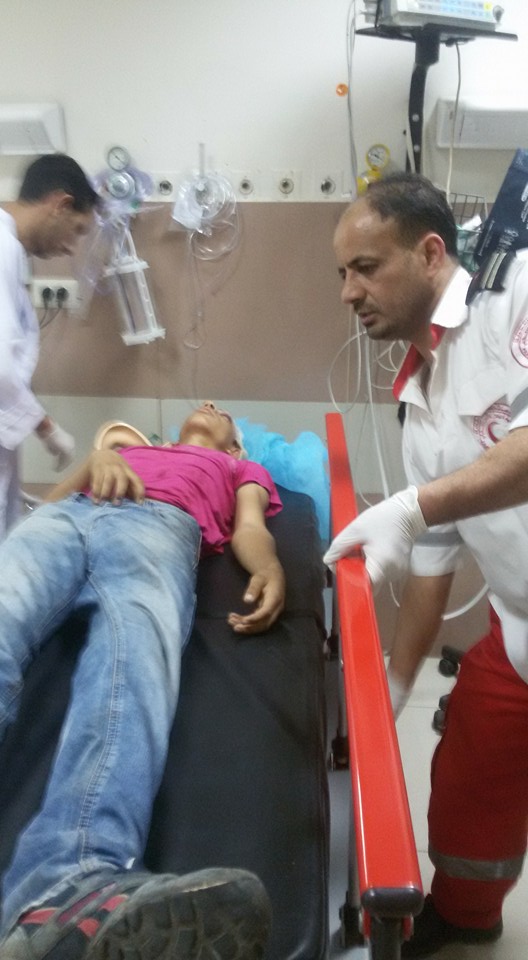 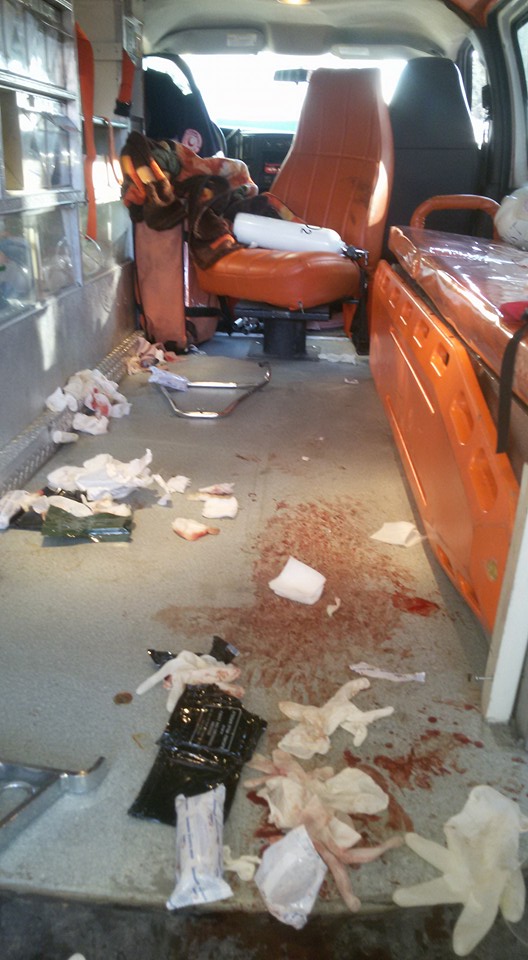