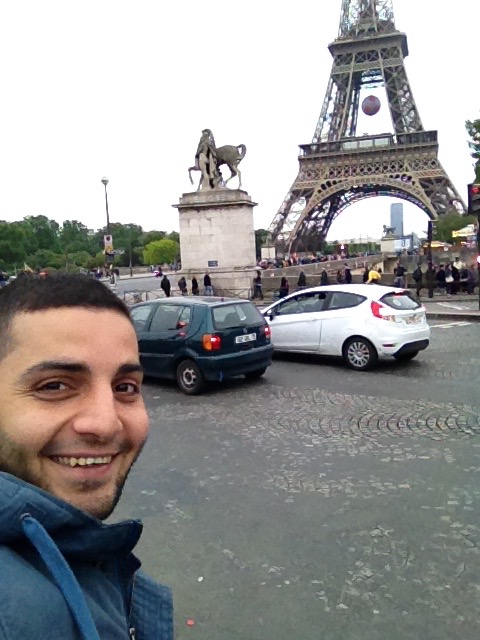 Dear friends,
Today I am writing to say thank you so much from the depth of my heart for supporting my dream to get started with my studies in France. This was my first personal appeal and you -as always- shown a great and ultimate support,stand and solidarity.
Collectively you’ve donated the full amount of 5400 Euros since March to support my French courses at Alliance Française and preparations for the exam (Delf B2) which will allow me to enter in university. Thank you so much!

I now have passed the level (B1) in French and have decided to move to the south of France in a city called Montpellier which is a student city, much cheaper than Paris in terms of living and courses fees. This will give me the opportunity to get the level of B2, but also to get advanced level of French (C1). I applied for French courses at the university of Montpellier where I should start there beginning of September 2016. I will be starting my studies hopefully next year 2017 in the same university. The language test (Delf B2) will be on April 2017 so I have to keep focus on my french courses until that date, hence why i decided to also take level (C1).
On terms of my legal stay in France, finally -after many complications and several appointments with préfecture de police- i have received a new visa on June 27th, 2016 which is valid for 3 months to allow me to stay, work and study in France until they give me the long term visa (titre de séjour) for one year on September 14th, 2016.I have also managed to get all necessary treatment for my leg at the hospital in Paris at the end of June.

I would like to thank so much my very special friend Kerstin for her gift to help me return to Palestine for the vacation of summer to see my family and be at my sister’s wedding on July 14th. I have made it safely to Palestine on July 13th. I am so happy to meet for the first time my first newly born niece, Basma.

On the activism side, we are now arranging our project “Replant Palestine” thanks to all the generous donations we received from our German partner groups, activists and organisations during my last speaking tour in Germany in December 2015, and on Land Day 2016. The replanting should take place in November 2016.
I will also be speaking in various conferences in France in November 2016 and I am finishing writing my book which I hope will be published before the end of 2016.

Finally, i would like to thank you all again so much for making all my dreams and plans come true with all this great support and stand by me. I promise to not disappoint any of you and keep my goal straight to empower my skills and abilities to continue to fight for freedom, peace and justice in my beloved homeland Palestine.

1 thought on “Fundraising for my studies:Thank you so much!”