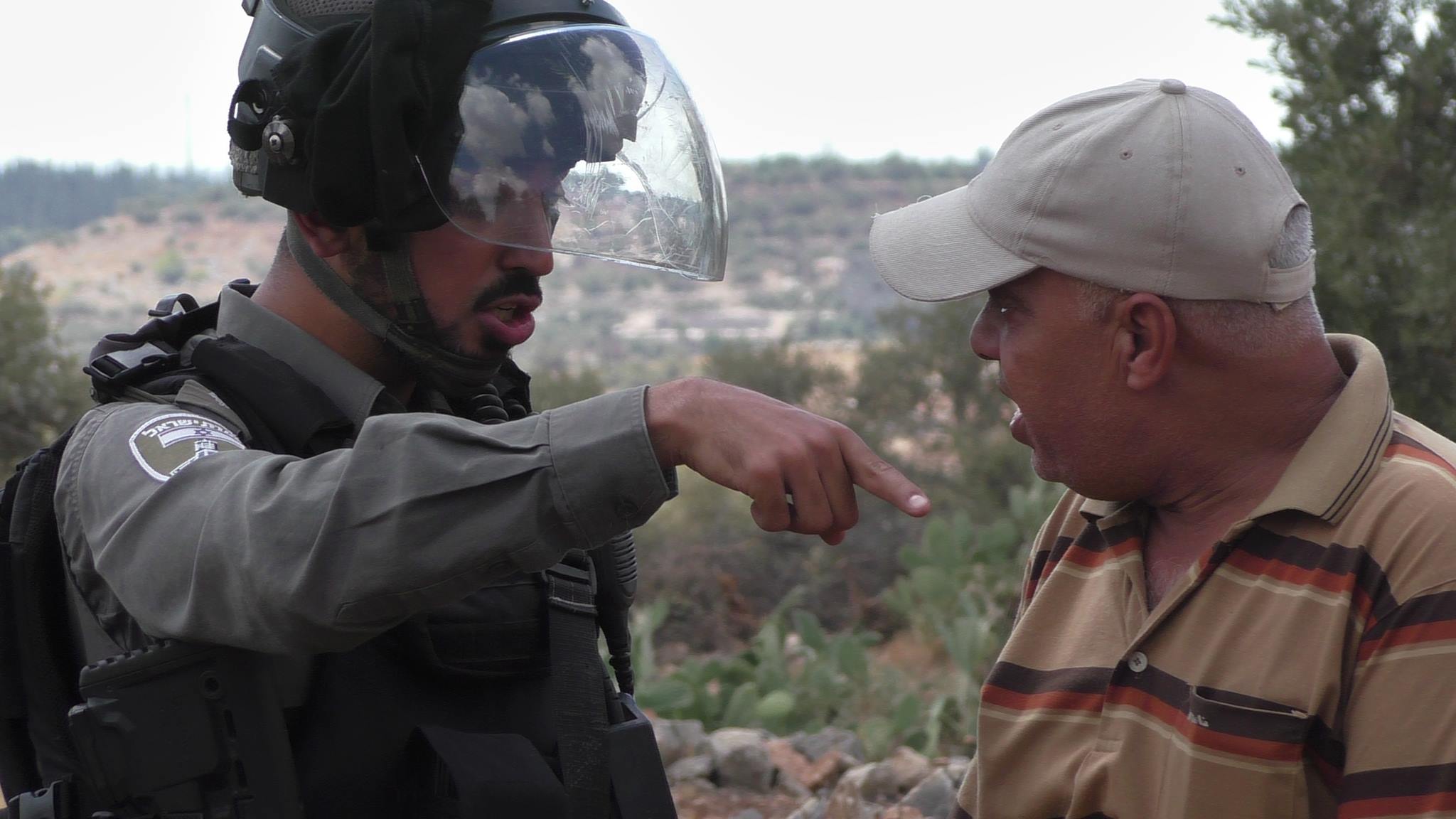 This Friday, as every Friday in Ni'lin, protest took place after the Friday prayer in the field under the olive trees. A number of international and Israeli activists along side the people of Ni'lin headed toward the apartheid wall carrying Palestinian flags, chanting slogans against the wall and the continuous Israeli abuse and raids to the village on a daily basis.

The soldier worked their way closer to the houses in the southern parts of the village while chasing the protesters. The clashes lasted for an hour an dozens suffered from tear gas inhalation before the soldiers finaly retreated.

– The Israeli Army's behaviour during the last protests in Ni'lin is sending the message to us that there is no way for us to continue our unarmed struggle, said Ibrahim Amireh, the coordinator of Ni'lin popular committee after the protest. He continued:

– They push us violently and sometimes they hide behind the wall thinking that we are looking for them, but we don't see the soldiers as our goal. Our target is to reach the apartheid wall and tear it down, and we will never stop or give up no matter how voilent they get against us and no matter how long this struggle will take. We’ve already been struggling for eight years and we are ready to keep going another eight years and more, until our land is free.