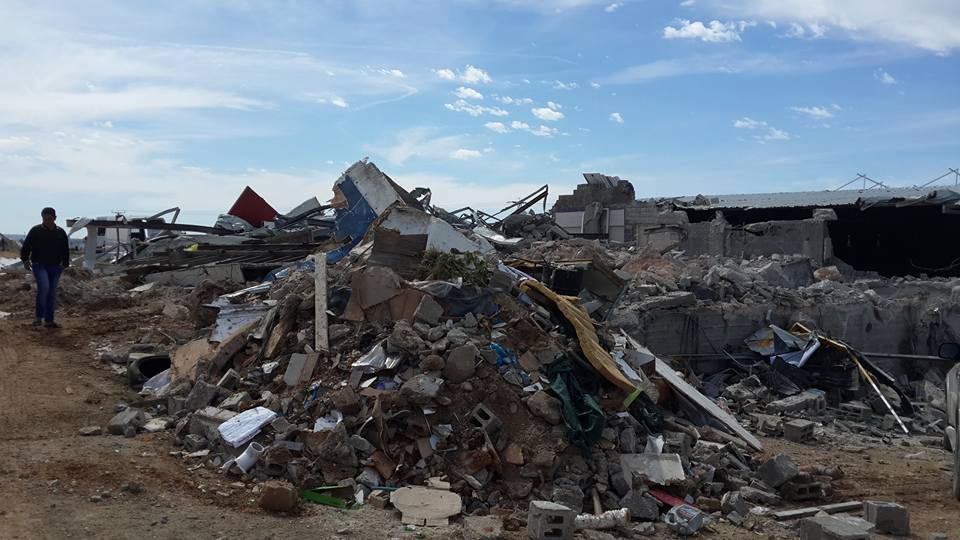 the destruction of 7 Palestinians shops in the west bank village of Ni'lin on Friday 26.02.2016

Friday the 26th of February Israeli occupation forces invaded Ni'lin in the middle of the night. They brought with them ten military jeeps and two bulldozers to destroy shops in the eastern parts of the village. Seven shops, including car workshops, glass shops and grocerie stores were destoryed ruining the main source of income for 16 families in the village. Several expensive machines belonging to the shops were also destoyed.

The attack came without warning and according to the Israeli military the reason for he destruction was that the buildings were located in area C. Area C is the name for the parts of the West Bank which are under both under Israeli civil- and military control. Area C presently comprises about 60% of the West Bank.

93% of the village of Ni'lin is located within area C. This means that the construction of new houses are prohibited without the permission of the Israeli military. The ban on new construction works as yet another factor to make people leave the village. The demolished shops however had been standing for almost five years which means that their destruction by the army seems rather arbitrary.

Already 5000 out of 5800 hectares of the land that used to make up the village of Ni'lin has been confiscated. The village is plagued by mass arrests, killings by the military and the isolation from beeing closed off from the rest of the West Bank by a gate at the entrance of the village, controlled by the Israeli military. All these things work as a collective punishment to make the people of the village leave and give up the fight against the occupation. Destroying shops and thus further taking away possibilities of making a living in Ni'lin must be the latest step in this campaign.