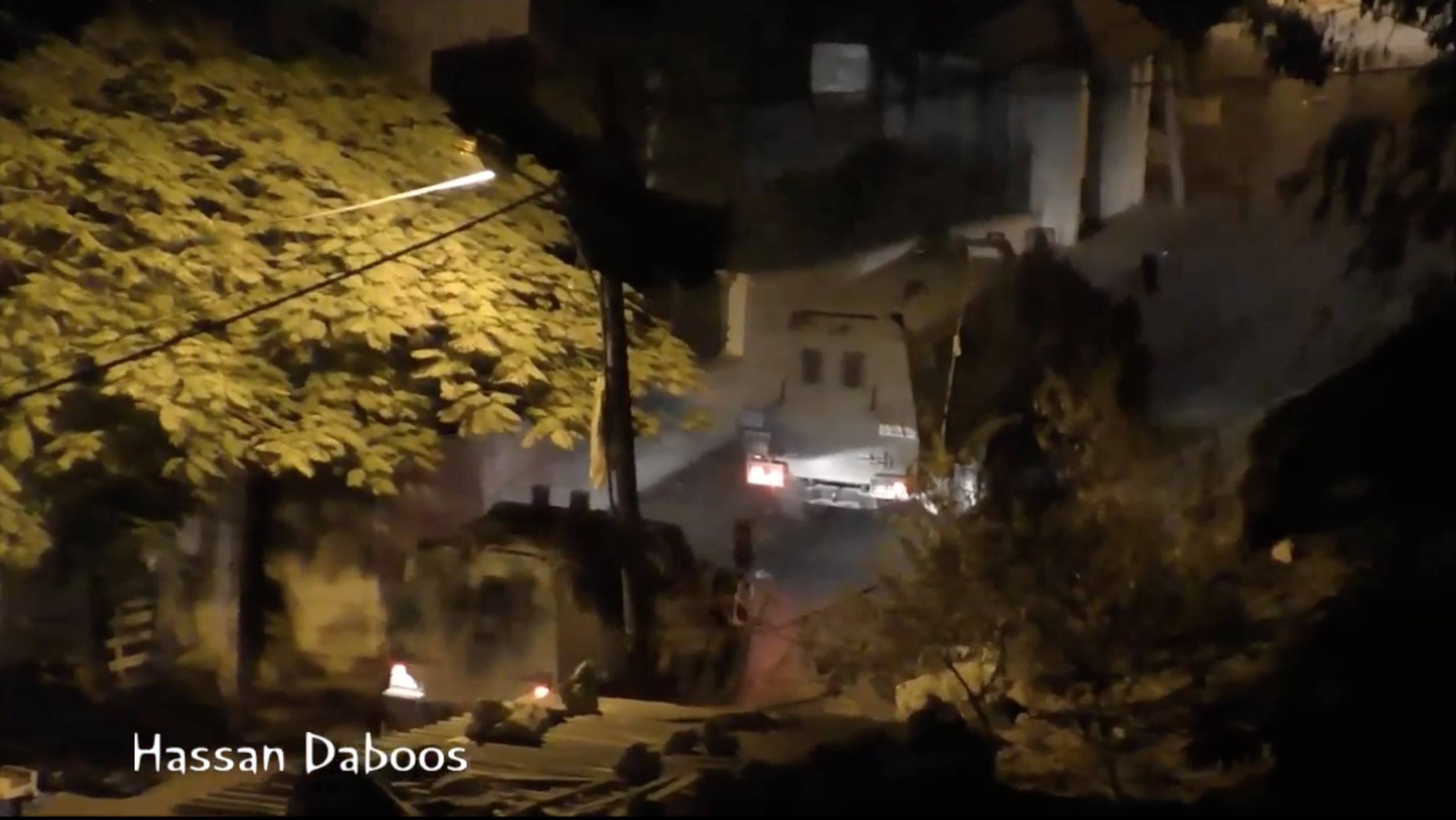 On the evening of Tuesday the 11th, at 8 pm, four Israeli military jeeps invaded the village of Ni'lin, settled in the center of the village, started offending passing people. They vandalized the village by shooting sound grenades at shops in the village center. After 20 minutes youths started to put up stone road blocks in order to prevent the soldiers to invade the village further and clashes broke out. The soldiers started shooting live ammunition towards the youths who answered by throwing stones. The clashes lasted for an hour and during this time the soldiers fired live ammunition and tear gas grenades at cars and houses in the center of Ni’lin

Three houses had their windows broken and the families inside suffered from tear gas inhalation. Eleven cars also had their windows broken by bullets during the clashes. Three people were injured by rubber coated steel bullets and treated by the Red Crecent volunteer team in Ni’lin. Luckily no one seems to have been hit by the live fire from the soldiers.

After one hour of clashes the soldiers left the village and blocked the entrence of the village as collective punishment towards the people of Ni’lin.

However, the soldiers returned at 3.30 in the morningwith ten military jeeps and nearly one hundred soldiers on foot. They raided eight houses, broke down doors, destoyed furniture and violently arrested four men from the village: Hamza Hazim, 18, Mo’taz Salah, 18, Zohdi Ali, 21 and Barakat Nafi, 39.

Also yesterday (Friday) at 03:00 am, eight Israeli military jeeps invaded the village and arrested Mohammed wa'ed,22 and khalil galena,21 from their homes.

As of right now it is not known where the six were taken or where they are being held.