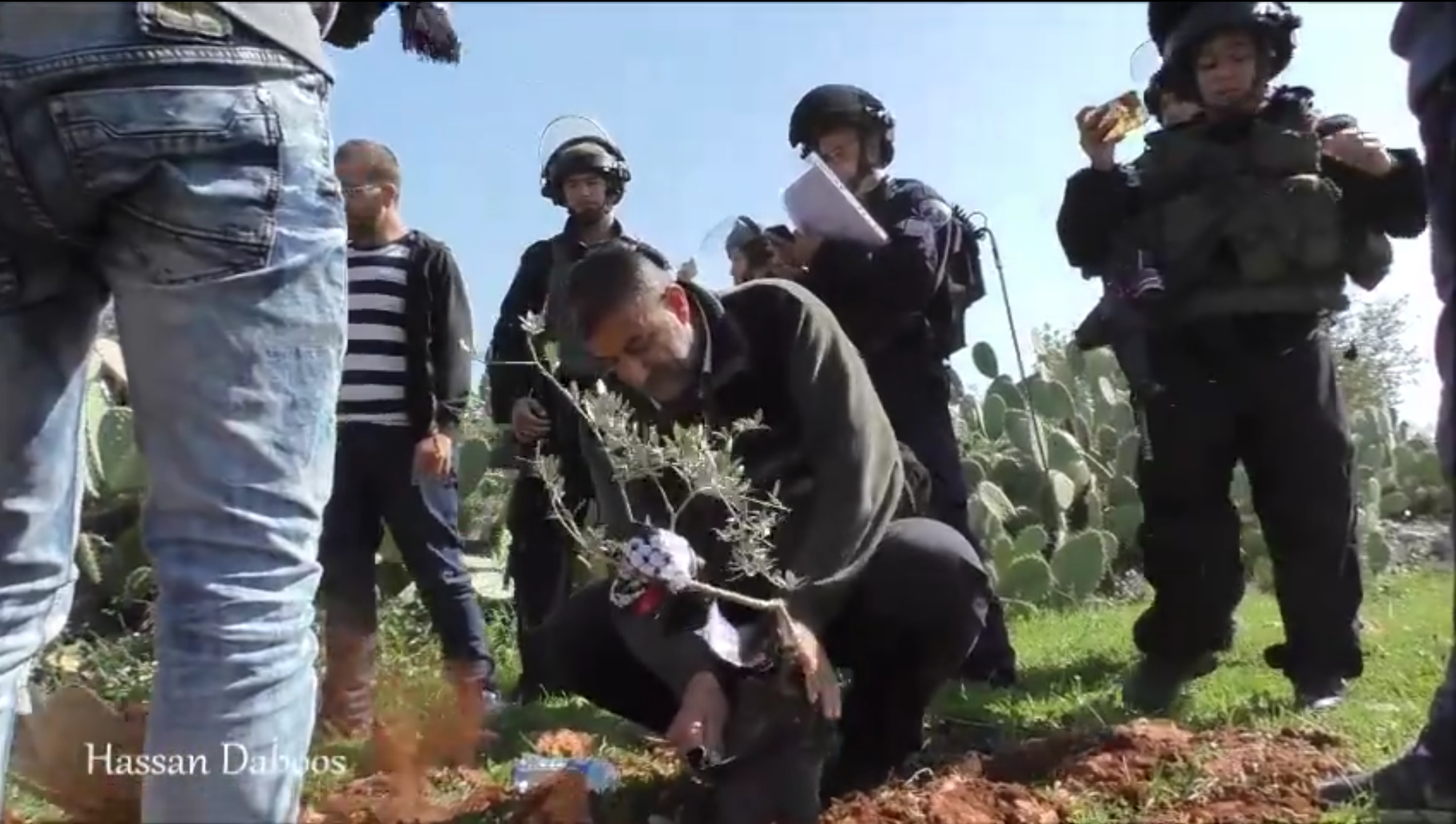 On Friday the 10th of February, the Ni’lin protesters marched as usual toward the apartheid after Friday prayer under the olive trees. The protesters carried olive trees to replant the part of Ni’lin land that has been considered a closed military zone. This was a way to challenge the new Israeli law that makes it possible to confiscate privately owned Palestinian land. Although this in nothing new to landowners in the West Bank, the new law normalize and excuses the land grabbing that has been going on for years. The olive trees also carry great significance for the village of Ni’lin, a farming village that for long relied on its olive grooves.

In 2016 alone 321 olive trees were burned down on Ni’lin land. This is less than previous years but still a huge blow to the farmers of Ni’lin who more or less rely solely on their trees. Since the construction of the apartheid wall the farmers have had an increasingly harder time to sustain themselves. In the years since 2008 nearly 3800 olive trees have been burned or uprooted in the village of Ni’lin. The village used to be a center for export of olive oil and had two oil processing plants. Now they have both closed down due to the lack of olives.

Praying among the trees has been used a way to show the steadfastness of the protest and the connection to the land now considered a closed military zone by Israel. But it’s not always possible for the protesters and farmers to reach the land in the outskirts of Ni’lin or even to pray in the olive fields. On January 20th ,Israeli soldiers attacked the protesters right after the Friday prayer, while still under the olive trees. Two protesters were injured in the attack and dozens suffered from the tear gas fired randomly as the demonstration as well as the nearby houses in the southern part of the village.

The village of Ni’lin continues to protest and to face the armed Israeli aggression with strength of will and determination. During the month of January the village was attacked several times, both night time and day time, by Israeli soldiers. Their goal is to make the village fold and give up their non-violent protests against the wall and the occupation.

On the 24th of January five Israeli military jeeps, carrying more than 35 soldiers invaded the village without any warning. They forced shops to close, harassed and attacked the residents of the village. As youth of the village responded clashes broke out and lasted for an hour during which the soldiers fired tear gas at houses in the center of town as a collective punishment. Families suffered from the effects of the gas and cars were damaged by the gas canisters. The soldiers used live ammunition, rubber coated steel bullets and the new weapon called “sponge” directly towards the unarmed youths that tried to defend their village. Five were injured.As the soldiers left they closed the only entrance to the village for the rest of the day, causing Ni’lin to be completely cut off from the rest of the West Bank. 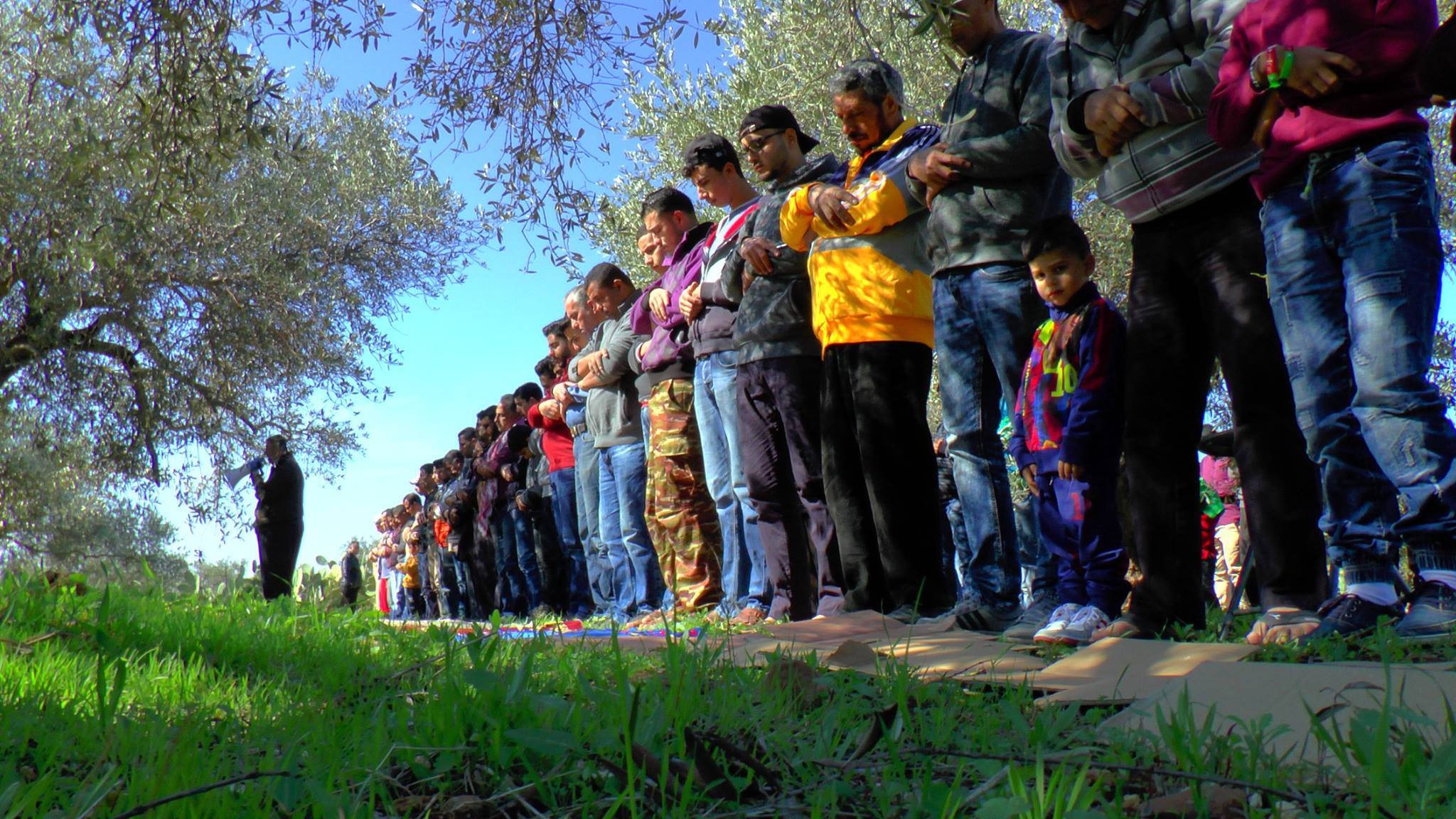